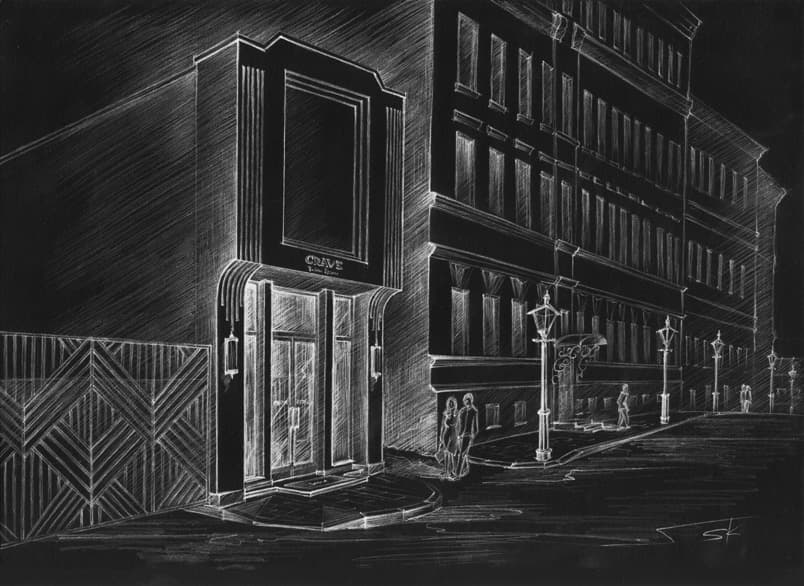 At the beginning of the 20th century, the first cabarets opened their doors to the Moscow and St. Petersburg elite. They became new centers of entertainment for representatives of the creative aristocracy of the Silver Age: poets, writers, artists, composers, and many others.

Almost 110 years later, a group of like-minded people came up with the idea- to revive the cabaret genre in Russia, give it a new, fresh interpretation and bring a little French flair to the cultural life of the capital. This is how the history of the theater began in an absolutely new format for Moscow - Crave Theater Moscow

The Crave Theater is located in a historic building in the heart of Moscow, in the history-infused alleys of Kitay-gorod. The creation of the theater began with a global analysis of similar theater venues around the world.

“To understand how things work from the inside, we spent a lot of time studying modern theater technology and cabaret philosophy in Paris, London, Berlin, Las Vegas. As a result, we have created a universal space where a performance of almost any genre and format can be implemented: from classical theatrical drama to an acoustic rock concert"

It took three years to implement the project, which included the most complex stage transformer system with a unique sliding LED screen, projection grids, various wings, living curtains, travelators and special mechanisms under the stage to move any decorations. Particular attention was paid to sound: leading Russian specialists in the creation of acoustic projects were involved in the work. A cozy auditorium was conceived and built, with an ideal view from any point.

During this time, hundreds of sketches were drawn, according to which unique costumes and shoes for the show were manually created. More than two thousand diverse artists took part in the casting for the debut show What Women Want, and only 20 of them entered the permanent troupe of the theater. The performance was directed by Vasily Kozar.

After two and a half years of work, when the most complex stage technologies, many hours of rehearsals of artists and choreographers, hand-crafted designer costumes, music, video projection, and decorations were combined together into a single whole, the Crave Theater opened its doors for the first spectators.

In the fall of 2019, a new chapter in the history of the theatrical world of Moscow started with the secular premiere of the show What Women Want. The first guests of the theater were Ksenia Sobchak, Anna Chipovskaya, Ekaterina Varnava, Elena Krygina, Alexandra Revenko, Lukerya Ilyashenko and many others.